Alphons Custodis GmbH & Co KG founded in 1876 in Düsseldorf is selling fire-proof materials for refineries and furnaces. It all started with a patented radial brick and other innovations in the building industry in order to build higher and more stable chimneys over 120 years ago. During the 1870’s many chimneys would collapse upon strong winds not only causing material damage but also injuring workers. Improved stability of chimneys did not only fight early decay but also lead to larger chimneys with higher dilution of the exhaust gases.

Alphons Custodis Senior was so successful with his enterprise that by 1900 his company built 180 chimneys yearly.[1] After the first world war the Alphons Custodis GmbH USA division was separated from its German origin and is now still active under the Hamon Custodis Inc.

In the meantime, the Alphons Custodis GmbH in Düsseldorf changed its business to refinery oven and furnace building. Several innovations such as Hexrost and Monolit® are still today basic materials and structures for high temperature applications. 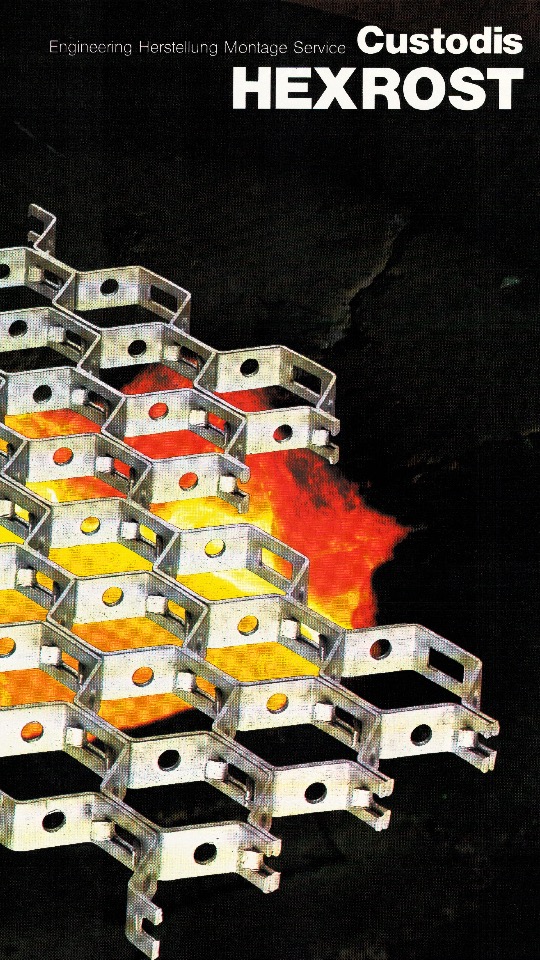 Hexrost is a hexagonal steel-framework originally developed by Alphons Custodis in the 1950s. It can have varying dimensions, but is usually used with a 50 mm mesh-size and 10×2 mm thickness. It is implemented into isolation walls in order to increase mechanical- and thermal stability.

General use is usually in the walls of larger petrochemical reactors. Hexrost is used for safe protection against mechanical erosion and severe thermal load on insulation in heaters and reactors. Alphons Custodis GmbH & Co KG developed Hexrost for its thermal qualities.

Monolit is the own trademark of Alphons Custodis GmbH. It is a special refractory concrete for insulating purposes at severe thermal duties.

We deliver doors for furnaces of the system AMAC as well as explosion doors, maintenance doors and peep doors. Those enable save inspection and furnace operation.